AddTime：2019/11/5 ReadNum：1037
In the golden autumn of October, when China celebrates it’s 70th anniversary of the founding of the people’s republic of China, Youfumi group welcomes its 30th birthday.

On October 9TH 2019, Youfumi group celebrates its 30th Anniversary with the embedded theme of “one mind connected and one hundred years of ingenuity”which was held in the new established factory in Fuding.
In the past 30 years, the business philosophy are "quality, service, innovation, expansion and brand recognition", Youfumi group has been working hard and forging ahead in the fierce competitive market . It has embraced the market storm and made great achievements.

All participants at Youfumi embraced both the Anniversary of China and for Youfumi by holding the national flag and singing "my country and I" together, which opened the ceremony to commence another productive and successful year ahead.

Pictures below of the celebration and signing.

More than 500 people attended the ceremony. There were some old leaders and friends.

Zhu Weijian, general manager, Zhu Xiaoyou, chairman of the board and Mr. chairman of the old leading Party delivered speeches respectively. In his speech, chairman Zhu Xiaoyou explained to the guests in detail of the development process of Youfumi in the past 30 years and the planning of the future enterprise. Chairman Zhu said: after 30 years of continuous development, Youfumi has developed into a smart factory integrating anti-corrosive pipe valve industry, professional manufacturing and sales. Thanks to the support of all the old leaders and friends and the hard work of all the staff at Youfumi, we firmly believe that Youfumi will continue to be better in the future by adding brilliance in every step we take. 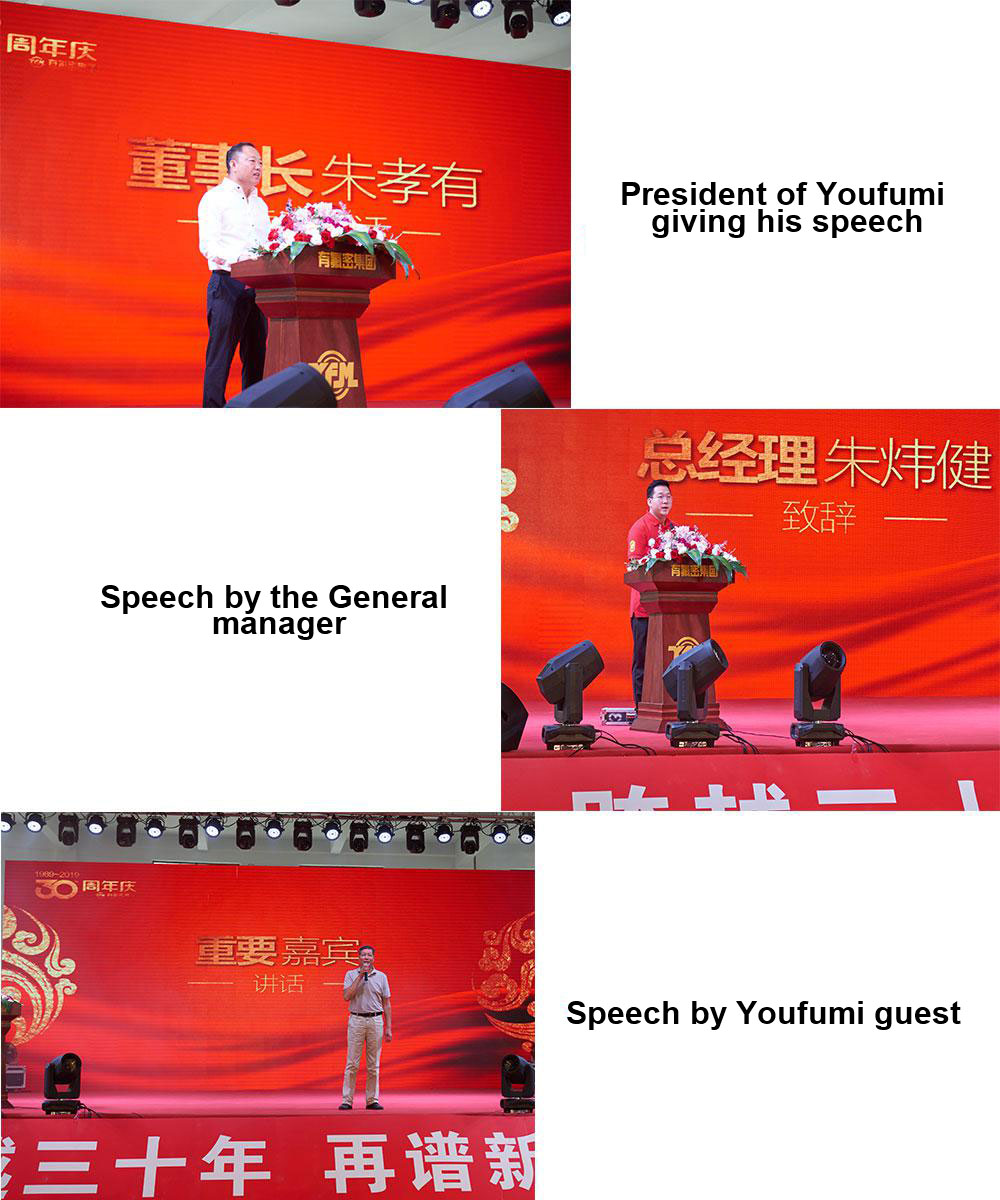 Mr Fang, made an impromptu speech on the stage which won everyone's warm applause.

In this section of the ceremony, Youfumi expressed their Gratitude to their employees and handed out rewards, recognition and inheritance. The brilliant development of the company in the past 30 years can not be separated from those old employees who have followed and never left. Youfumi then awarded gold medal to their employees. There are more than 200 old employees who have worked in the company for five, ten, fifteen and even as long as twenty years. The company has always praised them and awarded them with gold medals and certificate of honor to the most respective worker. 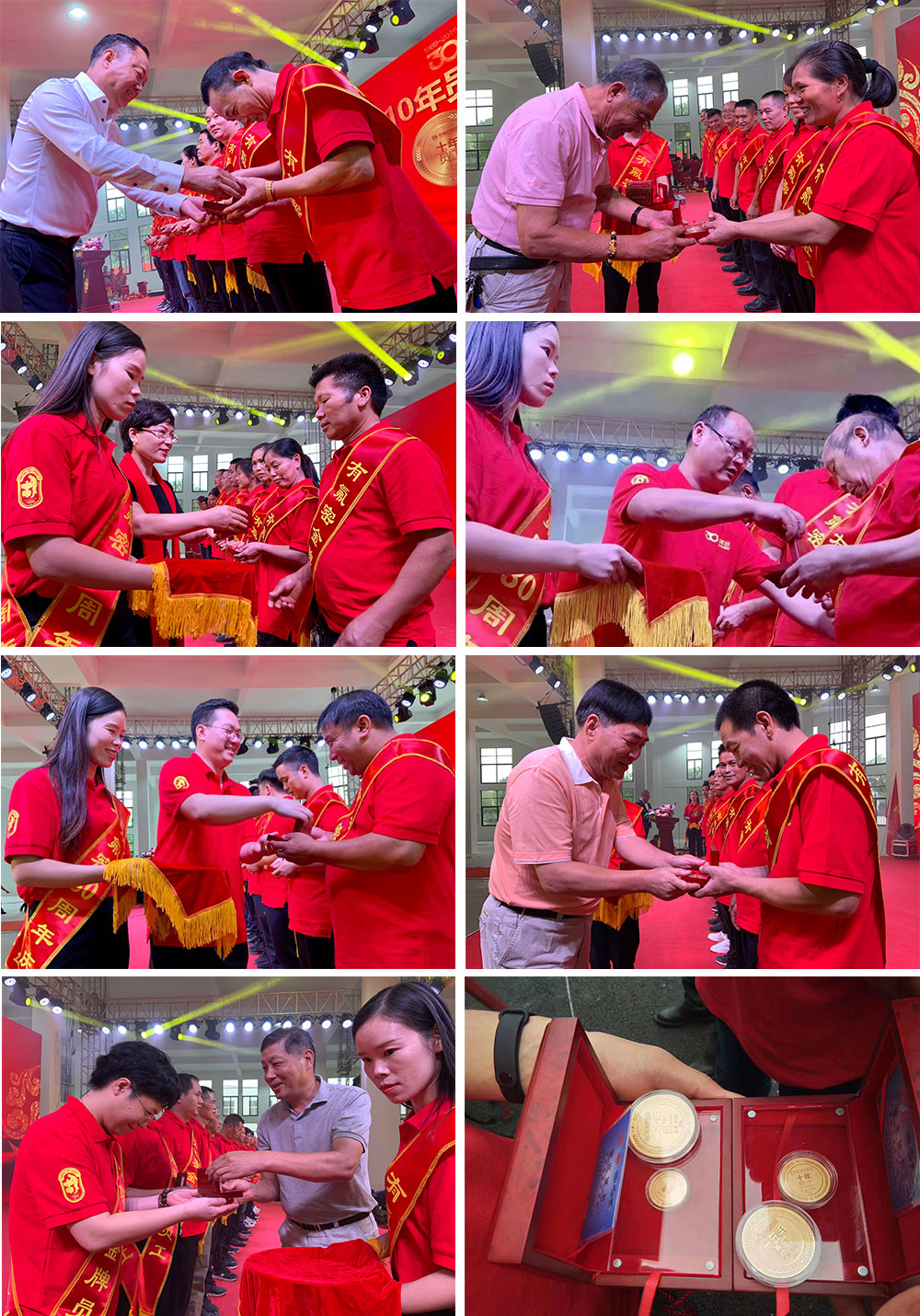 At the same time, 100 outstanding individuals and teams from all positions and departments were praised for their hard work. 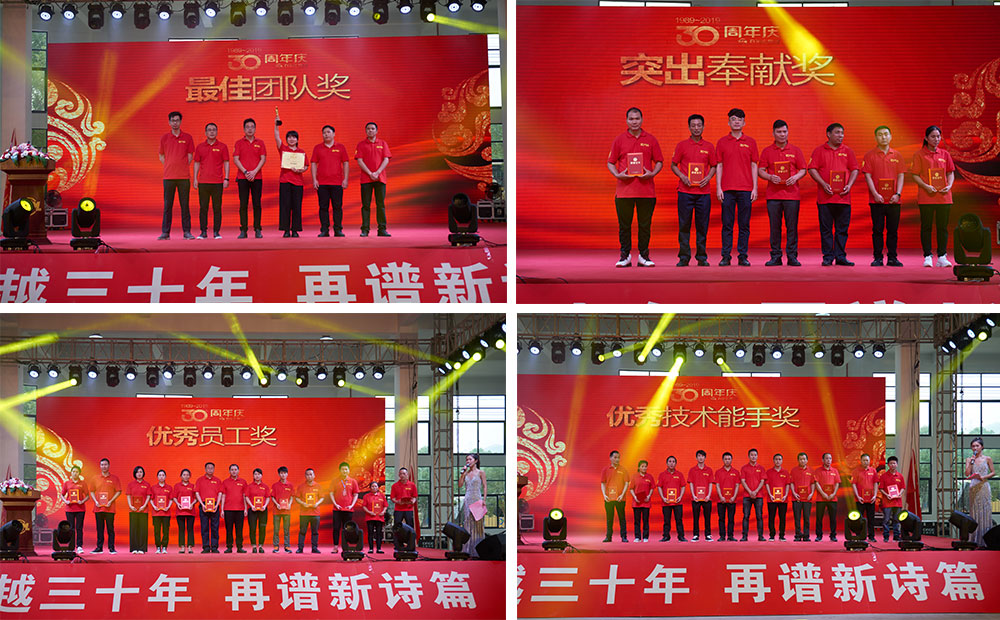 Award ceremony
Thanks to the corporate culture of Youfumi, this activity has been pushed to another climax. The outstanding staff representatives came to the stage to talk about their growth in the company and express their gratitude to Youfumi. On this special day, they send their best wishes and wished Youfumi a better tomorrow. 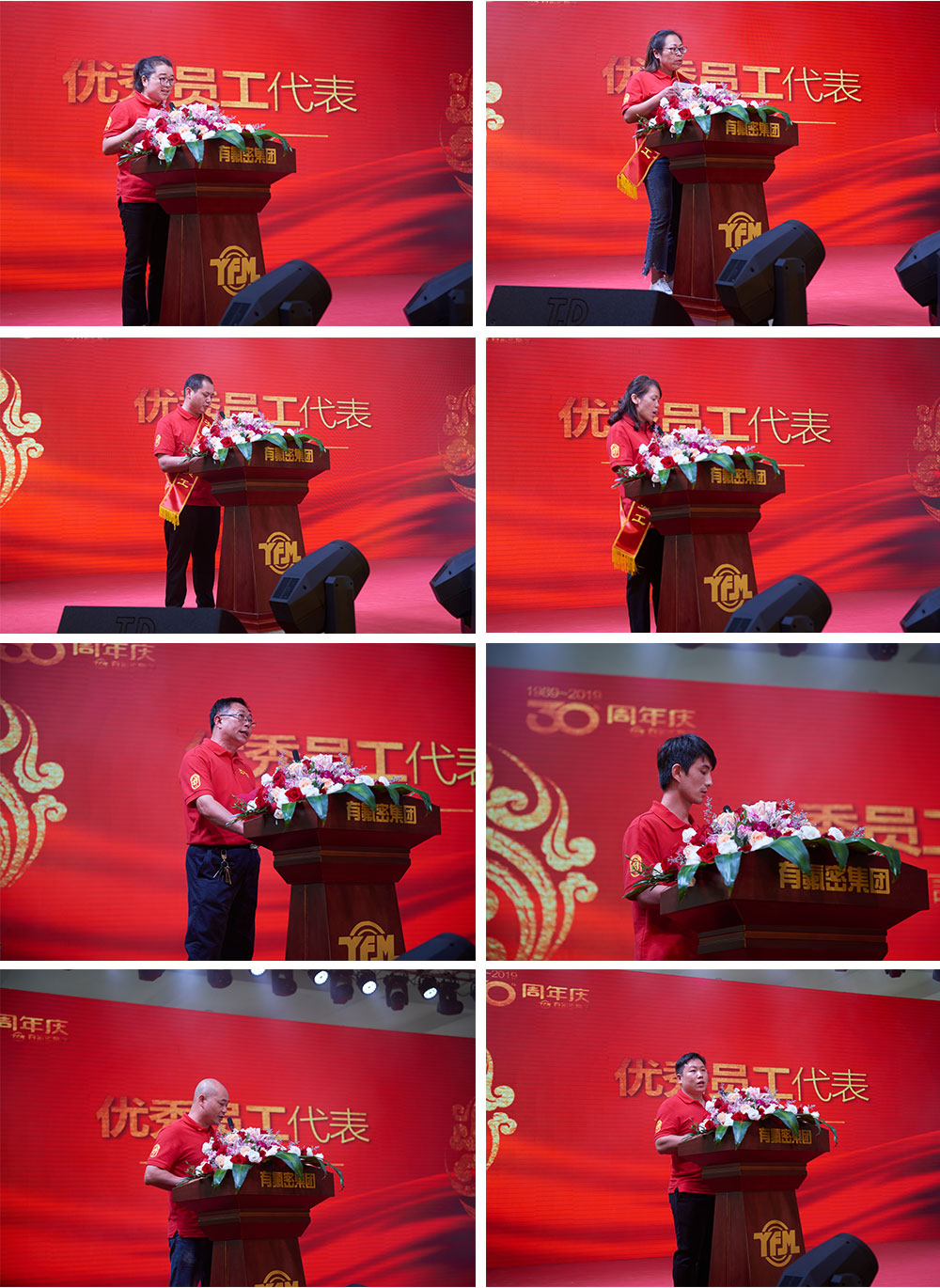 After the award ceremony, the staff, guests and friends visited the exhibition hall of Youfumi new established site. The exhibition hall integrates the multi-function of enterprise culture, scientific and technological intelligence, product display experience and integration. The exhibition hall explains the vivid and interesting explanation of robots, and wins the laughter and praise of visitors.

Strengthening the cooperation spirit to continue to strive for outstanding results.

At this happy moment, the friends of Youfumi Wenzhou factory successively brought the songs "welcome to Youfumi", “ A gratitude heart”, “the spirit of great craftsman”. This festivals of various departments, showcased the spirit of the youth and initiative of Youfumi people.

In the end, the big screen broadcast a video, which was presented by all employees of the company for the anniversary of Youfumi, once again motivating and pushing the atmosphere of the company to continue to strive higher. 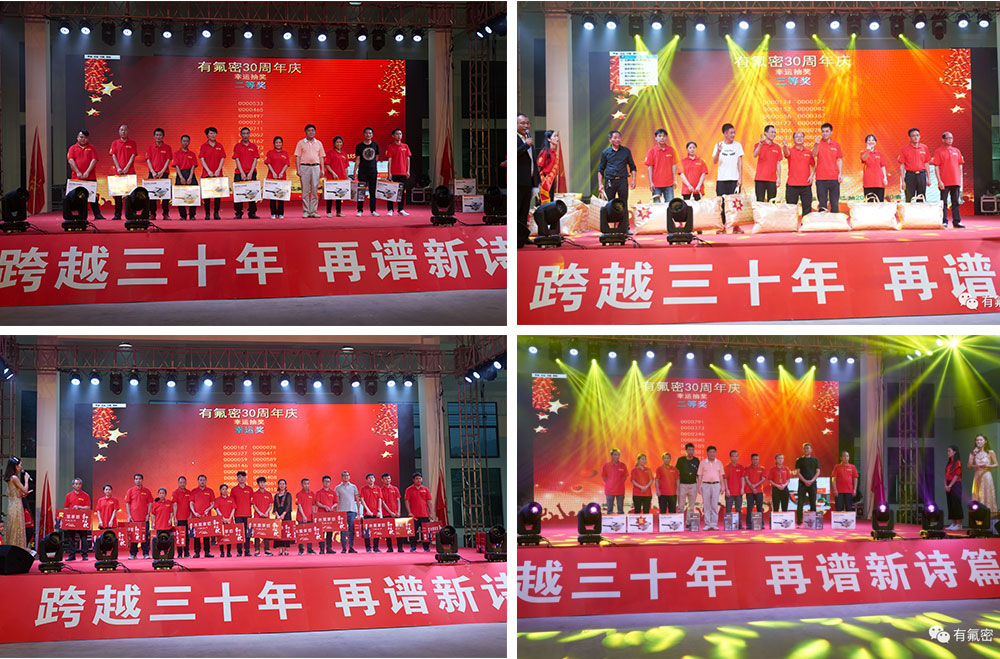 At the dinner party, everyone was laughing, cheering and drinking wine. When the glasses of wine were empty and then once again filled, the employees friendship strengthened along the way. With blessings, with laughter and songs, the happy moment of the anniversary of taking prizes also ended successfully.

Looking back and looking forward, hope and vision. It's been 30 years since the beginning of this anniversary. Thanks to all the friends and colleagues who have supported and helped the company. From the start-up of the company to the rapid development period, from the continuous integration and innovation, we have made some achievements in the anti-corrosion pipe valve industry, but the progress of the company will not stop. The people of the company are striving for success and our spirit will not stop. We will continue to work together to strive for success!

Contribute to promoting the core technology

Always creat a better Youfumi and to be the